St. Peter's School, Bharatpur was established in the Year 1970 under the aegis of Roman Catholic Arch Diocese of Agra, which is committed to the services of education and to human development. The School initially opened in a rented accommodation at Ranjeet Nagar had a humble beginning with just nine students, one teacher and two priests, who sowed the acorn of St. Peter's in Bharatpur. Over the years the School has carved out a niche for itself into the educational map of Rajasthan. Rev. Fr. Thomas Paramundayil, who took over the reins of the administration in 1975 was the guiding light of the institution till the Year 2003 from 1975 to 2003 took over the reins of administration in 1975. He purchased a sprawling 50 Acres of land at the heart of Bharatpur city in 1977 and its under his guidance.

Sr. Tessin Jose, the headmistress of St. Peter's Sr. Secondary School, Bharatpur was born on 17th May 1970 in Kerala at Trichur. After completing her studies, she responded to the divine call and joined in the religious life - Holy Family Congregation in 1994. Her educational qualification is M.A.,B.Ed. 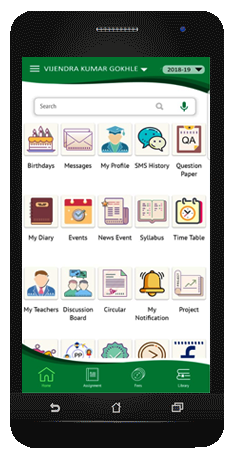